The Evolution of the Low Carbohydrate Diet

The concept of low carbohydrate living is not new. It has been around from day one. It is the diet that fed early humans and kept the growing population healthy long before modern medicine evolved into what it is today.

Early Humans: Hunter-gatherers consumed diets high in both protein and fat and mostly low in carbohydrates.

1797: A low-carbohydrate diet became the standard treatment for diabetes, and it remained so throughout the 19th century.

1863: William Banting published a booklet, entitled, "Letter on Corpulence Addressed to the Public", a diet for weight control, eliminating bread, sugar, beer, butter, milk, and potatoes. His approach was so popular that the term “Banting” became synonymous with “dieting”.

1967: Dr Wolfgang Lutz, an Austrian physician, published his book, which was later introduced in the U.S. as Life Without Bread.

1997: Diana Schwarzbein published The Schwarzbein Principle: The Truth About Losing Weight, Being Healthy, and Feeling Younger.

2004: Approximately 1 in every 6 Americans is on a reduced-carbohydrate diet.

2006: The American Academy of Family Physicians (AAFP) released a discussion paper on the Atkins Diet, acknowledging it as a legitimate weight loss approach.

2007: The Journal of the American Medical Association, researchers at Stanford University compared four popular, brand-name diets: Atkins, Ornish, Zone, and the USDA food pyramid, demonstrating a 40 to 70 percent greater weight loss of women following Atkins as compared with the other diets.

Good Calories, Bad Calories, by Gary Taubes, is published, explaining the importance of living a low carbohydrate lifestyle. Three years later, his second book, Why We Get Fat and What to Do About It becomes another best seller.

2011: Ida Fiorella and Emily Fiorella publish Thin and Thinner, detailing the success of ten years on a low carbohydrate diet.

Wheat Belly: Lose the Wheat, Lose the Weight, and Find Your Path Back to Health, by William Davis, M.D., is published.


The following is just a small sampling of articles attesting to the health benefits of a low carb diet:


http://en.wikipedia.org/wiki/Low-carbohydrate_diet
A low-carbohydrate diet is being used as a treatment for obesity, diabetes, epilepsy, chronic fatigue syndrome, and polycystic ovarian syndrome.


http://www.guardian.co.uk/science/2008/may/03/medicalresearch
Giving children with epilepsy a special low carb diet reduces the number of seizures they experience by 75% compared with children on a normal diet, according to a study carried out at Great Ormond Street Hospital. (2008)
Posted by Unknown at 1:17 PM 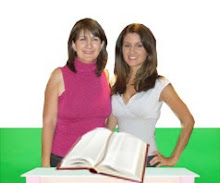 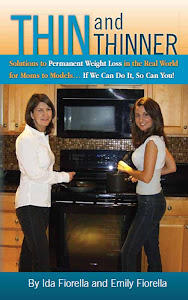